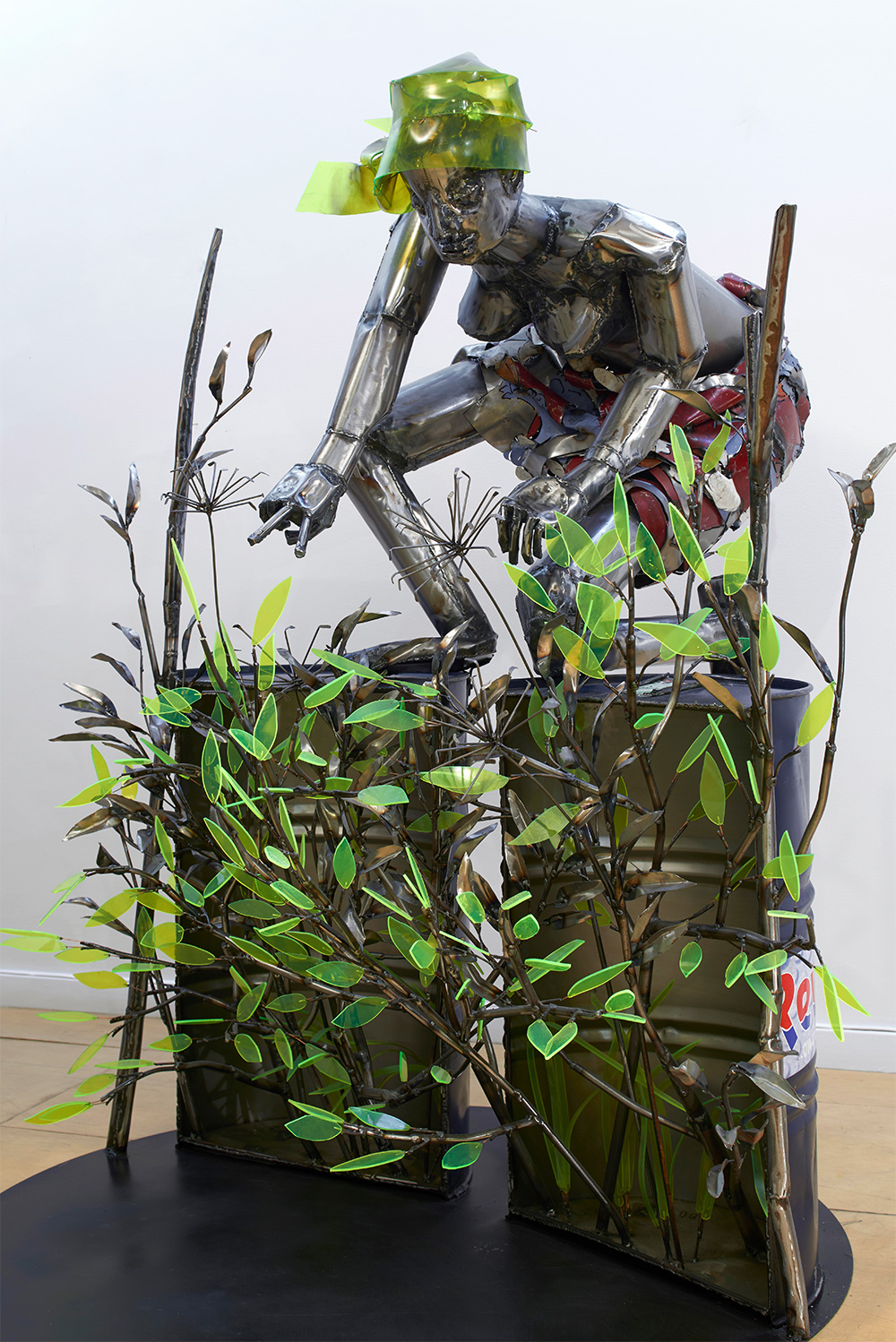 I am very conscious that my home in Niger Delta is in a very bad place at the moment because of pollution and lack of employment. I work hard, thinking of positive things that could happen – I feel that the negatives are so big that if we talk about them all the time we will have nothing to look forward to. Funnily enough , this brings out humour in the work I make.

William Blake has a drawing of a figure that looks as if it is creating the world; Urizen- I like this drawing . I love poses done with hands and bodies by rap stars and foot ballers. Far from Blake but not so far. Anyway my’ god’ is a woman, she is creating growth from a split oil barrel, Her lower half is covered by smurf pattern. I did not want to go down the path of ‘ African’ material.

There was an article in the times newspaper of a roman sculpture that had been found off the coast of Gaza, a fisher man found it caught in his net and got his friends to use their boats to drag it to the beach. When they finally got it onto dry land, some cultural police came along and said the sculpture was against Islam and then some other police came along and said it should not be seen by anyone because it was an abomination. There was a little photograph of this sculpture and it was resting on a mattress which had a pattern of the Smurfs.

Very often when you see tragedy or something very serious there is a commercial light thing in the same picture. People in temporary housing with a Mickey mouse poster keeping their shelter intact. A fierce Taliban fighter hiding his identity with a picture of Britney hanging off a wall…..